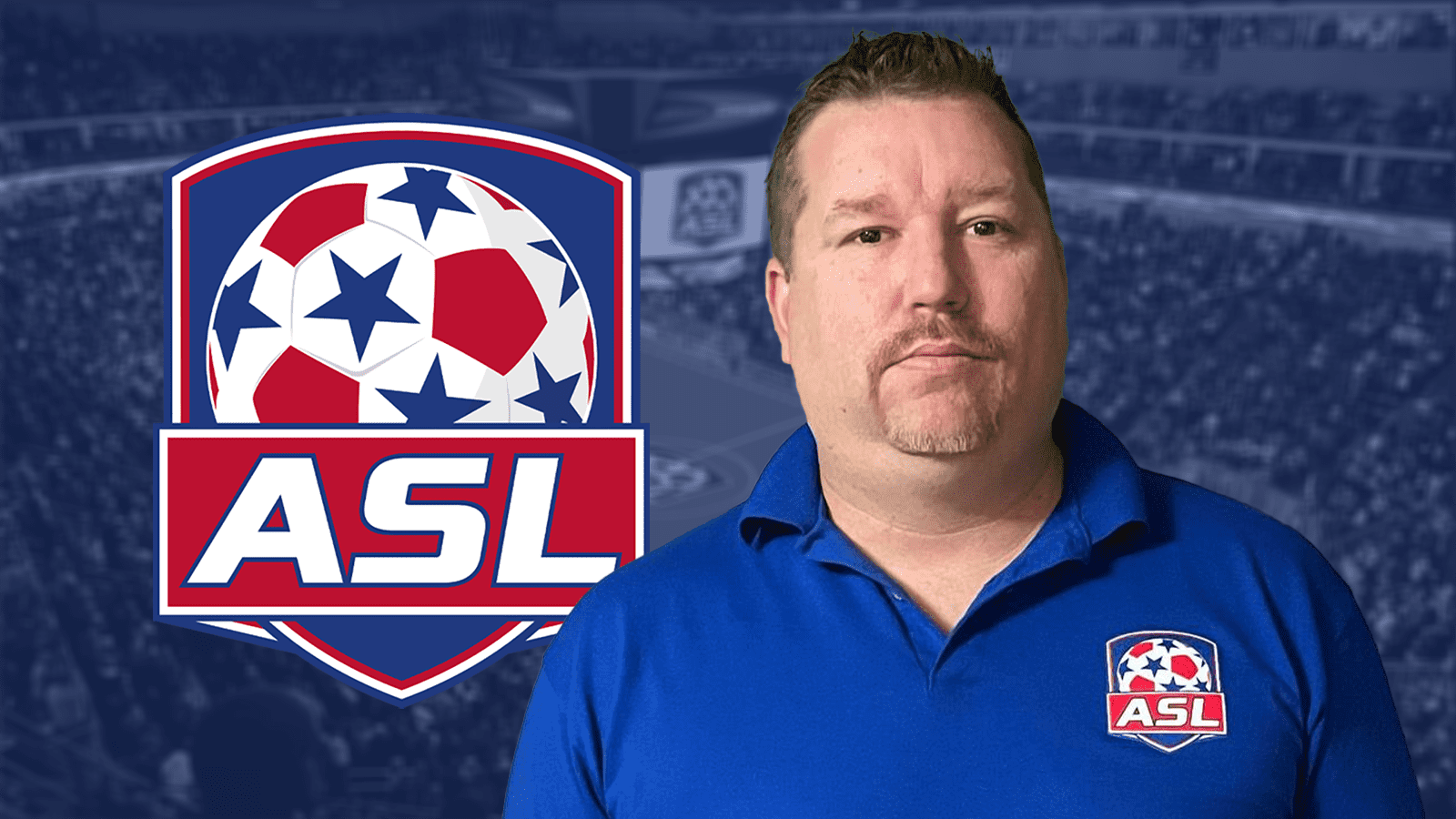 HARRISBURG, PA. – The Arena Soccer League is pleased to announce that Mr. Joe Brefczynski, 38, is joining the league to work on Business & Project Development. He brings with him a variety of experience as a player, coach, administrator, and industry consultant. Originally from Park Forest, Illinois, Joe is married to wife Diana and has four children. He currently resides in Sparta, Michigan.

Brefczynski was a goalkeeper for the Cincinnati Excite, who won the 2005-06 American Indoor Soccer League championship. He was also a reserve player for the Chicago Riot of the Major Indoor Soccer League. Joe has coached professionally throughout the United States at the recreational, club, high school, and collegiate levels, and has earned 13 coaching certificates. He currently coaches his own U19 Great Lakes FC girls club.

As an administrator, Brefczynski served as the Assistant General Manager of the Cincinnati Excite, worked in the front office of the Chicago Riot, and was a member of the national front office for the American Association of Soccer 567, whose U.S. women’s team won the World Minifootball Federation World Cup in 2021. Additionally, he was co-founder of the Grand Rapids (formerly Great Lakes) Wanderers men’s and women’s teams that play in the PASL and M3.

Also involved with futsal, Joe developed and operated the NAPFL, a regional, semi-pro futsal league that was the predecessor to the NFPL, and served as head coach for Lansing City Pro Futsal (NPFL). As General Manager and goalkeeper coach for Grand Rapids ABK of Major League Futsal, he helped to create the women’s team and develop a partnership with an NBA G-League team to share the playing venue. Brefczynski also has the distinction of coordinating the first international professional men’s and women’s futsal matches in Michigan.

He has been employed as national brand manager for Mitre and brand manager for Hummel, among others. Brefczynski has also worked as a consultant for pro teams, leagues, and emerging brands. Arena Soccer League President and Commissioner Reilly Johnson stated that “We’re thrilled to have Joe on board. His wealth of knowledge, experience, and connections will help position the ASL’s inaugural 2023 season for even greater success”.

Among his many duties with the Arena Soccer League, Brefczynski is tasked with helping to establish ASL teams in major markets, develop and implement marketing strategies, and form partnerships with major brands. He will also help to acquire national sponsorships as well as help organize, coordinate and execute events like the annual player draft and the All-Star Fest. “I’m excited about the challenge of helping the ASL fulfill their bold vision for professional arena soccer,” Brefczynski said. “I’ve seen what they want to do and they’re going in the right direction. I’m eager to be a part of it.”

The Arena Soccer League is a newly formed professional league that’s planning to begin play with ten teams in May of 2023. For more information about the ASL, please contact Neal Johnson at Neal@Arena-Soccer.com.